This is basically a bucketlist of mine.

You know how they’ve mapped out the chakra systems of the earth? Check here for a crashcourse on leylines

PHILIPPINES LITERALLY LOOKS LIKE A PERSON. I’m not that good at dowsing rods but I’m pretty sure we got some kind of every grid leylines something going on and I plan to map it out. I’m clairsentient and can verify the auras places have but not in the scale of city regions and country- you know what I’m saying? I’m good at reading people’s auras, most of the time it happens without me even thinking but places have special place in my heart.

Positive energy vortices tend to (predictably) gather around mountains and we’ve got sites of tragedies being just generally black holes.

Also one of the sure fire holy sites I tend to see is when a host is exposed in church. Though honestly I’ve seen the same nice energies in taoist and buddhist temples so this is not really religion specific. In fact a lot of esoteric texts usually go around saying that ancient priests would build temples in sites they know are energetically good/ portals.

Or even hindu temple practice has temples being built over places where enlightened people reached enlightenment. Such an action just rips?changes the fabric of that location. I mean even I can tell my personal meditation spot has a different aura to it, what more an enlightened person ? — I’m just having a difficult time identifying locational energies that are WAY older than a single culture praying/or doing something there ie: ganges river or sites of mass murder. Leylines should be here for millenia, almost naturally occurring. Can be affected by man, yes, but should be there regardless if people mess with it or not.

People can and may tend to gather around lines and spots consciously or unconsciously aware of the energies who knows ?

Also katipunan road is a leyline? also EDSA?or are they just kidding? I’m not sensitive enough (yet) to verify claims so please

TELL ME YOUR NEWS/ OR WHAT YOU KNOW IN THE COMMENTS

*These need to be tapped into mind you, because when you’re up in the mountain with just a crazy mountaineering group, you can’t really get into a headspace to commune with a mountain.

mt. samat ?? * A lot of people died here, and a lot of ghost sighting are cited here.

Quiapo is a special mention as a place of magic but I don’t know exactly how to categorize this as it’s just generally a chaotic and intense area. It’s the oldest chinatown in the world. People sell a lot of voodoo wares alongside religious things, and there’s a lot of hustle and bustle for people trying to get good prices from the market. It’s very raw.

I saw this in a dream. People fully clothed dipping in a sunken , flooded basin, as large as several basketball courts. And walking in and out of it peacefully, like the way hindus do when they dip in sacred waters and walk around in temples. The next day I met sir bong in a dance class- he’s this full blown esoteric, huge ass aura, makes his own clothes from hemp fabric and seems to speak in poems and riddles. His presence was so healing and magical and one of the things he told me was to listen to my dreams. When I asked him if UP had any special energy spots (other than being the lungs of quezon city with all our trees) he said sunken garden. And I’m like THAT WAS the water/chi my dream images were taking a bath in! There’s also a lot of gossip around UP about sunken garden being an energy spot – so I’m giving this a confirmed status alright ?

According to https://ascendingstarseed.wordpress.com/tag/ley-lines/ MT.Pulag is a heart mini-chakra of the world. What’s funny is colloquially there’s a thing (in Manila at least) that say if you’re heartbroken or searching for meaning you can go climb up Mt. Pulag. It’s gorgeous and it’s a famous peak in the philippines since you can be above the clouds. The heartbreak trope is even documented in a few sappy romance flicks. So I find it funny that it’s classified as a heart chakra.

Also filipinos are historically are very tolerant and welcoming to people with foreign blood. Esoterically, the heart is linked to openess and to the palms of your hands. I’ve experienced this personally when my heart chakra ripped open and I felt tingles all over my hands. Also reading my own aura I noticed my hand chakra centers got bigger, my hands felt bigger and it was easier to channel energy through my hands as an energy healer. So maybe heart chakras for filipinos really do make sense ? If you see the map of the philippines as a person mt pulag is right smack into the 3rd chakra.

Leyline Grid Ellipse surrounding point 15 coincides with the pacific ring of fire. See also how the webbing traces the top and bottom ends of the country perfectly. Here’s the official map of Philippine Fault Lines:

You can definitely see the spine of the person can’t you ? To people who are unfamiliar with local legends of how the philippines was made, the archipelago is basically a sleeping giant. Now if you look at one of the active faults of where the giant’s stomach should be, it falls on the island of leyte. Which is famous for Kulam, basically magic and warlocks, witchdoctors. There are also a lot of aswang (local shapeshifter evil entity thing) that’s reported here.

Interestingly enough ! Just above it is Samar and Sorsogon (Masbate Fault), has the highest number of faith healers residents. And these are not just the praying hands sort, these are the psychic surgery level kind of people. I’ve personally never been there but I’ve read local books on the accounts. They seem, eerily logical.

For people not familiar with out map, where the throat of the giant is, is where the nation’s capital resides. Manila, draw your own conclusions if we have one of the world’s megacities being on it. But also see where the male dragon/yang line of this map crosses: 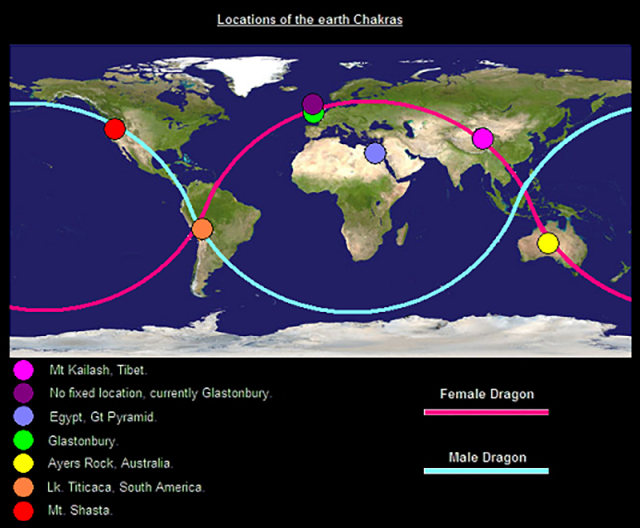 REPORT/CONFIRMATION 5: Root Chakra of the Philippines

Also check out Lanao Fault, that literally on Marawi City, which is where the recent outbreak of war between ” Philippine government security forces and militants affiliated with the Islamic State of Iraq and the Levant (ISIL), including the Maute and Abu Sayyaf Salafi jihadist groups” happened. It’s also where the root chakra would be, which is where issues towards safety and security would be concerned about. Also money. Mindanao, which is the southern island group of the Philippines, has our biggest underground reserves of gold. So this lines up pretty well in terms of chakra associations.

Here’s a summary so far:

Let me know in the comments if you have guesses, stories, alignments for the sacral, heart and crown chakra. The ones on the map are more visual guesses, and don’t really hit a big confirmation for me.

If you are interested in attuning/balancing your home/business/spaces to local leylines you can hire me here https://wanwuspiritlibrary.com/services/ my other services include: